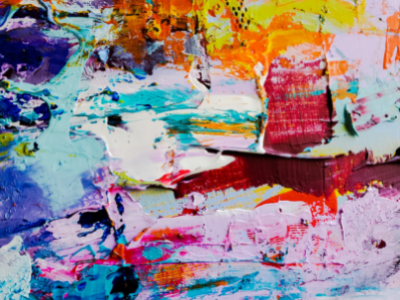 This session will bring together those Black, Asian and ethnically diverse cultural leaders caught on the frontline. A culture war is defined as a cultural conflict between social groups and the struggle for dominance of their values, beliefs, and practices. In England, this conflict is waged at the highest levels of government with a public attack on "wokeism" directly affecting those cultural workers unearthing England's complex racial and cultural legacies.

This session will bring together thinkers and cultural workers to reflect on how to continue such deft work in this climate.

All Brilliant Routes sessions are for Black, Asian and ethnically diverse leaders only.

Charlotte Holmes is a Cultural Heritage Curator for the National Trust, the usually genteel organisation which has found itself at the heart of the contested heritage debates. Charlotte's previous roles have been grounded in museum-based professional development, critical thinking and practice. She led community engagement for Birmingham Museums' award winning 'Collecting Birmingham' project and has over 10 years' experience in developing and delivering workshops in museum ethics, reflective practice and mentoring. Charlotte has recently become a trustee of Derby Museums and is Chair of Museum Detox.

Dr Aminul Hoque MBE is a lecturer in the Educational Studies Department at Goldsmiths College. Aminul gained his doctorate from Goldsmiths College in 2011, and his research forms the basis of his book British Islamic Identity: Third Generation Bangladeshis from East London (2015). Aminul's writing and work focuses on issues of multicultural Britain, identity, social justice, youth policy, religion, race relations and Islamic feminism. Aminul made headlines recently when Culture Secretary Oliver Dowden vetoed his re-appoint as a trustee of Royal Museums Greenwich, Culture Secretary Oliver Dowden refused to appoint him, the latest in a series of vetoes.

Dr Christo Kefalas received her D.Phil in anthropology from the University of Oxford, studying a Maori collection at the Pitt Rivers Museum to explore contemporary approaches to Indigenous knowledge and repatriation of collections. She has worked as a curator at the British Museum, Great North Museum Newcastle, and managed the development of the World Cultures Gallery at the Horniman Museum. She currently works as the Global and Inclusive Histories Curator for the National Trust, and contributed as an author and editor to the Interim Report on the Connections between Colonialism and Properties now in the Care of the National Trust, Including Links with Historic Slavery (2020).

Postponement or cancellations By Clore Leadership