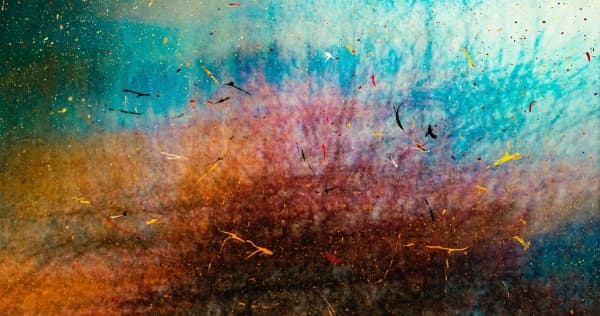 Payment is Pay What You Decide. Minimum payment is £5 per session and suggested donation is £18 per session.

Clore Leadership is pleased to be working with Clore Fellow Gaylene Gould to curate Brilliant Routes, a strand of programming focused on supporting Black Asian and Ethnically Diverse leaders and addressing issues of progression and retention. This forms a key part of Clore Leadership's Inclusive Leadership delivery for Arts Council England’s Transforming Leadership programme, which prioritises activities to address existing gaps in diversity in the leadership of culture.

As well as these monthly sessions, we are also running Kinship Circles in March, you can register for them here.

These sessions are for Black, Asian and ethnically diverse leaders.

As a leader you’re never fully in control. Either you don’t yet occupy a strategic leadership position or you do and a global pandemic comes along and puts paid to best laid plans. Now we’re out of the heat of 2020, this session will look at what Black, Asian and ethnically diverse leaders of key cultural organisations discovered about the skill of improvisation in a momentous year. Speakers include Melanie Keen and Yamin Choudhury.

Melanie Keen, Director of Wellcome Collection: Melanie Keen is Director of Wellcome Collection, the free museum and library for the incurably curious in London, UK, joining in Autumn 2019. Prior to that, Melanie was instrumental in revitalisation Iniva’s mission and vision, leading the organisation's relocation to the Chelsea campus of the University of the Arts London. Melanie has enjoyed a long career as an independent curator and consultant, including as a Senior Relationship Manager at Arts Council England. She is an Independent Advisor to the Government Art Collection, sits on the British Council’s Visual Arts Advisory Group.

Yamin Choudhury, Joint CEO and Artistic Director, Hackney Empire: Yamin Choudhury is the Joint CEO and Artistic Director at Hackney Empire, with a particular focus on creating platforms and pathways for diverse representation and emerging ideas, artists, audiences and participants. Having worked internationally in the performing arts, media and commercial music industries, Yamin is an award-winning practitioner, producer and director. His lived experience and unconventional journey has made access the cornerstone of his creative practice, working towards developing a more open and engaging sector.

Independent creative organisations led by Black, Asian and ethnically diverse leaders have become the cornerstones of our dynamic UK identity. What lessons can be learnt from those who have set precedents through artistic leadership? Speakers include Nikesh Shukla, Dr Mark Sealy, Yvette Griffith and Edeline Lee.

Nikesh Shukla, writer, co-founder Good Literary Agency: Nikesh Shukla is co-founder of the Good Literary Agency. His debut novel, Coconut Unlimited, was shortlisted for the Costa First Novel Award 2010. Alongside his second novel, Meatspace, Nikesh has written for The Guardian, Esquire, Buzzfeed, Vice and BBC2, LitHub, Guernica and BBC Radio 4. Nikesh is also the Editor the bestselling essay collection, The Good Immigrant. Nikesh was one of Foreign Policy magazine's 100 Global Thinkers and was one of The Bookseller's 100 most influential people in publishing in 2016 & 17, one of the 40 most innovative in 2018 and, alongwith GLA co-founder, was named Disruptors of the Year in 2017.

Dr Mark Sealy, Director Autograph: Dr Mark Sealy MBE is a British curator and cultural historian with a special interest in the relationship of photography to social change, identity politics and human rights. He has been Director of London-based photographic arts institution, Autograph since 1991 and has produced numerous artist publications, curated exhibitions, and commissioned photographers and filmmakers worldwide. His most recent book, Decolonising the Camera: Photography in Racial Time, was published in 2019 by Lawrence and Wishart.

Yvette Griffith, Joint Chief Executive, Jazz Re:freshed: Yvette Griffith is co-Chief Exec of Jazz Re:freshed, helping to grow the business from a live night to an award-winning jazz development agency with a record label, artist support arm and a game changing international initiative. Yvette was awarded the H100 Award for Services to Music in 2019 for her work in contributing to changing the trajectory and profile of British Jazz, . Yvette is also a founding member of both GiveBLACK and Black Funding Network, working with formidable individuals to galvanise philanthropy for Black founded & led not-for-profits.

Edeline Lee, fashion designer, Edeline Lee: Fashion designer Edeline Lee graduated from Central Saint Martins and launched her eponymous label in 2014. She is known for her immersive and performative shows at London Fashion Week. She designs with her concept of the Future Lady in mind “What is it to dress with true power, grace, beauty and dignity in today's world?" Her pieces are designed with a soul, made with quality and meaning, made to fit well to lift the best out of you. Edeline has received strong support from the women of the art world. Her work has been worn by Olivia Colman, Phoebe Waller-Bridge, Zoe Whitley, Ciara and Solange Knowles.

The world has become a small place especially for the UK Black, Asian and ethnically diverse leaders who work across continents either through necessity, opportunity or to seek out a sense of rootedness. This session will bring together those whose creative roots have spanned miles to share how leadership strategies need to adapt to different cultural environments. Speakers include: Madani Younis, Nike Jonah and Dr Gus Caseley-Hayford.

Madani Younis, Chief Executive Producer, The Shed, NY: Madani Younis is the Chief Executive Producer of The Shed and has been in post since January 2020. He was previously the Creative Director of the Southbank Centre, the largest arts centre in Europe. Prior to that the Artistic Director of the Bush Theatre, a leading London new writing house, from 2012 to 2018. In achieving this role, Madani became the first Artistic Director of colour to lead a London theatre. Madani is a Cultural Ambassador on the London Mayoral Cultural Leadership Board and has been a Groucho Club Committee Member, Trustee of the Directors Charitable Foundation, and a special advisor to Artistic Directors of the Future, amongst a number of other advisory roles.

Dr Gus Caseley Hayford, OBE, Director, V&A East: Dr. Gus Casely-Hayford, OBE, joined the V&A as Director of V&A East, the ambitious new development in East London in March 2020. A British curator and cultural historian with Ghanian roots, Gus lectures and broadcasts widely on culture and has presented several TV series for Sky, BBC and other channels. Before this, he was Director of the Smithsonian National Museum of African Art in Washington DC. Gus has served on the boards of many cultural institutions, including the National Trust and the National Portrait Gallery.

Nike Jonah,, Founding Director, Pan-African Creative Exchange: Nike Jonah is the Executive Director of the Pan African Creative Exchange PACE, a biennial arts market for the interdisplinary arts in Africa. Nike is also the Director of Connecting Dots, an arts consultancy that works with a range of clients across the arts and creative sectors. For almost a decade she developed and produced four editions of the Arts Council England’s flagship Diversity initiative, Decibel Performing Arts Showcase. Nike is a visiting research fellow at The Royal Central School of Speech and Drama (2017-2019). As a keen champion for diversity and equality in the arts, Nike has led numerous discussions and workshops during her extensive travels across the globe, including North America, Europe, Africa and Australia. Nike is a Boards Trustee for The European Cultural Foundation, Birmingham Contemporary Music Group, The Royal Africa Society and The Bush Theatre.

Who is it for?

These sessions are for Black, Asian and ethnically diverse leaders.

Payment is Pay What You Decide. Minimum payment is £5 per session and suggested donation is £18 per session.

Once you have registered for your session(s), you will receive a link to the Zoom meeting via your email confirmation.

Please input your information via the Zoom link to access the meeting.

Postponement or Cancellations By Clore Leadership